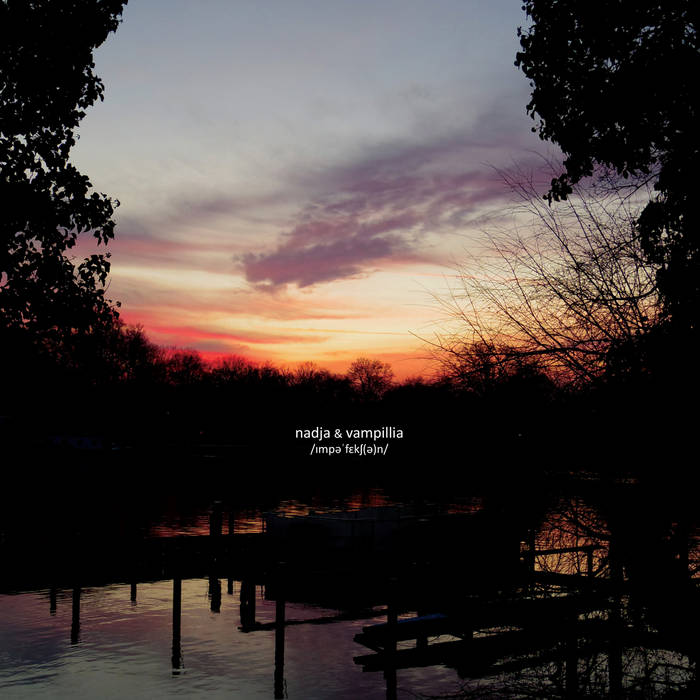 Throne presents the vinyl version of the second collaborative album between Canada's Nadja and Japan's Vampillia. Imperfection was recorded as if both bands were one, with Nadja playing their world-acknowledged thick unearthly droning wall of bass and guitars, while Vampillia arranged the doomy acoustic drumming, beautifully harsh classical strings and piano. This instrumental voyage will take you to the highest peaks in a crystal-clear sunny day only to drag you to the blackest abyssal ocean's depths right afterwards.
Includes brand new artwork.

"Some bands are always interesting to watch out for, no matter how many times you see them live and no matter how many albums they release. It might not always be as good as you expected but you know, deep inside, that many of the performances and releases will blow you way, time and time again. To me Nadja is one of those bands. I've seen and heard them many times in the past, both as a duo and within a colleboration with a variety of different artists. Of course I've seen many of Aidan Baker's solo performances as well, just like some of his side-projects with Caudal and such.

So it's no wonder I didn't want to wait too long to review this collaboration between Nadja and 'brutal orchestra' Vampillia. For those who don't know: Nadja is basically a drone duo from Canada. Vampillia is a Japanese band which combines heavy guitars with classical instrumentation and opera vocals with death growls. This way they explore the world of metal, noise, pop and experimental music in a stunning and awe-inspiring way. So what happens when you put both bands together? Well, apparently a constant mood of awe.

There's two songs, or better 'tracks' on this album. Each of them being an enourmous piece of music, perfectly combining the sounds that both bands originally produce. 'Imperfect Worlds' opens with massive guitars, reminding me a bit of Sunn O))). Then, gradually, Nadja's distinct guitar drones fade in, drums come in, piano and strings appear and before you know it, you're surrounded by some of the most brilliant blends of drone, doom, ambient, shoegaze and post-rock you'll ever hear.

'NeuPrimitive' opens a bit hesitant but slowly evolves in an equally amazing track with eerie violins and loads of guitar noise. However, within the noise, and especially in the quiet ambient passage in the middle, there's a lot of melody to be heard, mainly because of the piano and strings of course. This is dark music at its best, produced by two of the most talented acts in the scene today.

So yes, I highly recommend getting your hands on a copy of this album. If you like any, or both, of these bands, you'll buy the best of both worlds here. In fact, if they ever decide do tour with this material, I wouldn't hesitate to trade my Godspeed! You Black Emperor ticket for a Nadja/Vampillia ticket, that's for sure."