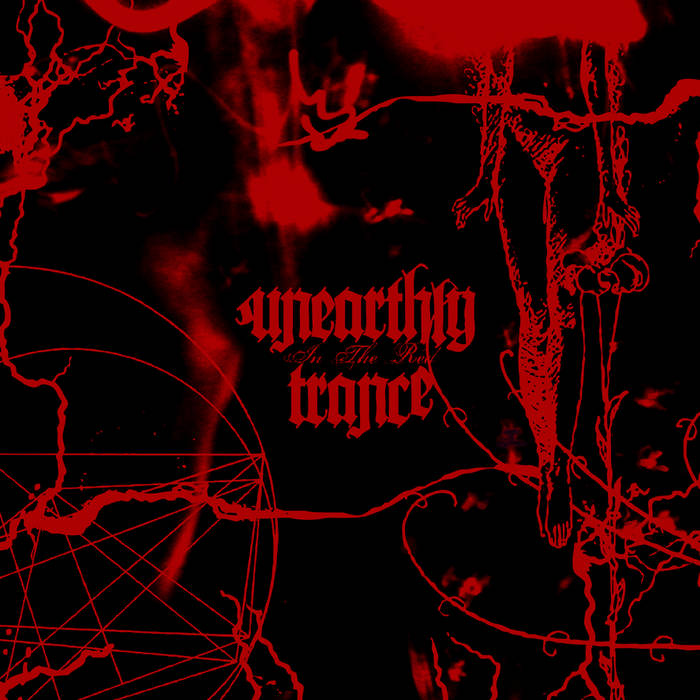 Official repress after 10 years from its original pressing on Rise Above Records. Comes with enhanced artwork on a stunning gatefold sleeve this time. "In The Red" is like a good old red wine... most appreciated as years pass by.

"Unearthly Trance at their best are exactly that. They produce a hellish din, where doom and gloom are always served with repetitive sludge riffs and monotonous Melvins-esque vocals. This record is pretty disgusting, the music is drawn out to a peak and the guitars are tuned low. They bring bands like Burmese, Warhorse, EyeHateGod and at times Electric Wizard to mind, but there seems to be a massive Melvins influence too (their all out heavy stuff).

Unearthly Trance are at their best when the repetitive riffs are built on with high end guitar fuzz. The heaviness has the power to transport your mind to an LSD infected planet outside our solar system.

This was a real grower but basically anyone into heavy sludge rock will probably dig it."

"I’ve always been able to sit down and write a song; it’s like taking a piss,” UT frontman Ryan Lipynsky told John Mincemoyer’s Oaken Throne—the current sine qua non of Black Metal ‘zines. Listening to UT’s output, especially 2002’s Hadit, and their full-length debut Season of Séance, Science of Silence unleashed in 2003, one certainly gets the impression that Lipynsky isn’t grandstanding. And with the woefully critically unrecognized In the Red, UT has crafted a document of brutally granitic metal not only comme il faut, but also a music stylistically on the verge of crafting a completely new genre.

Lyrically, UT concentrates heavily on the mystic, sewing prose together dealing equally with alchemy, metallurgy, and eschatology. Empower this verbiage with Jay Newman’s bass, and Darren Verni’s battery and the results are sublime.

Not to say that Lipynsky doesn’t give good vox; his style moves from wildly frenetic—not unlike the feral vocals of Corrosion of Conformity’s Mike Dean (see/hear 1985’s Animosity, especially “Mad World,” and “Hungry Child”) to a solid baritone howl—one that the Leprechaun from Lodi hasn’t bellowed forth since Samhain’s Unholy Passion EP. Stir this into a lovingly stoked Gibson SG, and watch the gooseflesh rise.

Adding Newman and Verni completes the circle: Bass lines lurk and impale themselves on spike snare staccato, falling around tom thuds like spilt libations—Verni’s drumming is exquisite: Tribal patterns ala the necrotic Dr. Pad programming of Controlled Bleeding sprints into the earthdog mid-tempo that Motorhead’s Phil “Filthy Animal” Taylor did so fucking well. Of course, Verni can crawl with the best of them. And when he does, it sounds like he’s shoveling steel skulls with a bronze snow-shovel, and tossing them straight up into the clouds.

It’s important to Detail UT’s prowess: They’ve come far from their early Darkthrone worship; In the Red is an extremely focused, and cogent effort that mixes tempo and topic with passionate and nearly abandoned playing—a realization that boxes the ears as soon as track one slips on: Lipynsky’s SG crashes into Verni’s smashed cymbals; bass’ low’d lines lock into place, and the voice comes—shattered and hoarse—a barren delivery that forgets nothing and absolves no one, nor thing.

Track two, “It’s the Never and Forever that You Fear,” brings the mid-tempo, and it’s of a variety not heard since pre-Iron Fist Motorhead: This is rapturously head banging metal, beer-soaked, spike’d and leather’d. Couple this obstreperous rawness with pieces like title-track, “In the Red,” and album closer “Deathothic” and the true beast shows itself: This is Metal that derives itself equally from Masami Akita squelch and Eyehategod angst—riveting, earthy, and utterly essential."