The Order Of Things 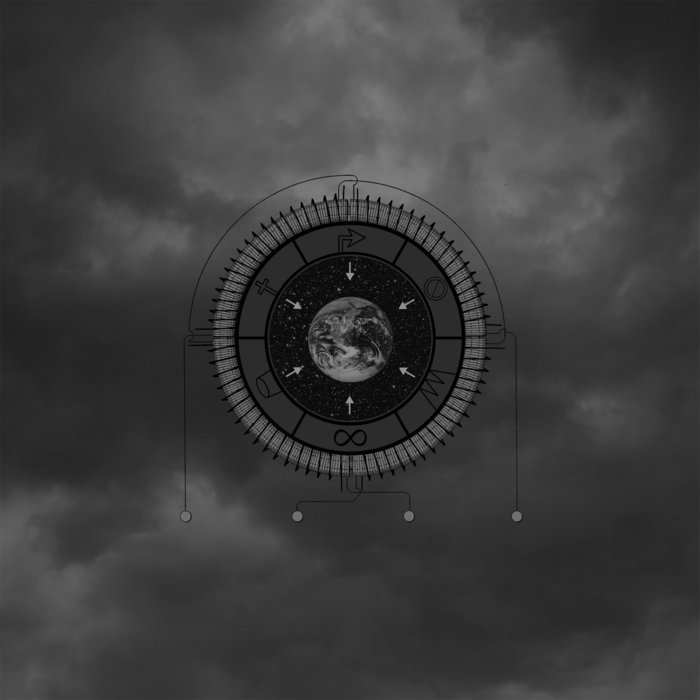 //// Here we are, after 15 years, 3 full length albums and a bunch of EP’s, splits and collaborations; behold, worshippers of tectonic plates’ ultra-low frequencies and 5-ton mammoth’s slow walking, this is 2016 and the anticipated 4th full length album from Sweden’s SUMA is finally unleashed!

“The Order Of Things” was, again, produced, recorded and mixed by Mr. Billy Anderson (Neurosis, Swans, Melvins, Sleep, etc.), this time recorded in Portland, OR. (US).

Much like their praised 3rd album “Ashes” (also released on vinyl through Throne Records), “The Order Of Things” is a one-hour organic sonic ritual trasnferred onto tape. It’s not a collection of “hits” put together, but a whole concept here; an indivisible, unaltered experience… ultimately what a full length album should be.

For such an special release, Throne will offer not just one Collector’s Edition (the classic run of 75 hand-numbered copies on colored vinyl) but two! All in all (together with the Black vinyl pressed) it’s a 400 copies worldwide release. ////

— THE OBELISK —
"A new Suma record doesn’t happen every day. Now in their 15th year, the Malmö, Sweden-based outfit have always stayed active through a variety of splits, compilations and EPs, and they even had a live tape out last year for a fortunate few who were able to grab one, but it’s been six years since their last proper studio full-length, Ashes, and that certainly feels like long enough. The four-piece of drummer Erik, bassist/vocalist Johan, guitarist Peter and noisemaker Rick traveled to Portland, Oregon, to track The Order of Things with Billy Anderson, who also helmed Ashes and the prior 2006 outing, Let the Churches Burn, and if that’s not enough to make the album an event — and it is, make no mistake — the fact that it arrives through no fewer than four different labels should say something about the level of support for Suma‘s churning, deeply atmospheric sludge.
Argonauta and Init Records have CDs, Throne Records the LP and Tartarus Records the cassette, so The Order of Things is nothing if not well represented, and Suma pay back the faith shown in them with 57 minutes of destructive post-metal spread across seven tracks. I’ve talked before about how something oppressively heavy can feel like it’s filling your lungs, and Suma do a better job of that than most. Their fourth album doesn’t necessarily reinvent their methods from what they conjured on Ashes, which Argonauta also reissued last year, but in the interim, they also parted ways with vocalist Jovan, moved Johan into that role and brought in Rick for samples, drones and other assorted ambient contributions, so some measure of sonic shift is inevitable.

Mostly it sounds like progression. To wit, the 13-minute “Education for Death” late in the record. I’m not sure “highlight” is the word for something that seems to plunge so deep, but either way the thudding tension Suma create is gloriously excruciating, cave-echo vocals swirling in the background behind apocalyptic tone and stomp. Much of the album plays back and forth between longer-form material and three shorter atmospheric pieces, the first of which, “The Sick Present,” opens. I’d call it an intro but for the fact that it’s still over the four-minute mark, but it does the work of immersing the listener in the darkened space Suma will continue to build and tear down across the subsequent pair “Bait for Maggots” and “RPA.” The sense of discomfort is almost immediate, and as “Bait for Maggots” begins its chugging pulsation, Suma seem right at home in the midst of that tempest. Johan‘s shouts are commanding throughout but far back enough in the mix to be obscured by the paramount groove that emerges, led by Peter‘s guitar.

Mercifully, “Bait for Maggots” gives due payoff to its onslaught, and in so doing sets up the key dynamic for the rest of The Order of Things, which is the play between foreboding, tension, and release. “RPA,” which follows directly, isn’t quite as linear as “Bait for Maggots” or the later, aforementioned “Education for Death,” but it too offers a thrust built on making the listener’s blood boil before finally letting go. Because it’s so inhuman(e)-sounding and because of the samples and effects wash, etc., there’s an almost industrial element to “RPA,” but the crux of Suma‘s effect on their audience still comes from the madness that seems to be at the root of their delivery and the weight and density with which their material lands.

While, again, that’s probably not new for anyone who’s dug into Ashes, Let the Churches Burn, their 2003 self-titled debut or any of their sundry shorter outings, it does still feel like the band has pushed forward, and the direct contrast of heft with atmospherics moving from “RPA” into the dream-haunting samples of “Being and/or Nothingness” shows that well leading into “Education for Death” itself, which is the longest inclusion at 13:36 and doesn’t even begin to think about releasing its grip around the listener’s throat until nine minutes in, and even then, it’s another minute-plus before they get there. Beautifully crafted, challenging in the hearing, but when they do finally roll out the apex, building to an all-grey swirl of noise, the result is fitting. The penultimate “Disorder of Things” continues to push forward at a faster clip from where “Education for Death” tore itself to shreds, the wash and crash becoming overwhelming. There might be vocals, and that’s the most honest assessment I can give you. Its ferocity is just about unmatched by anything else on The Order of Things, but “Disorder of Things” is also a lead-in for the quiet post-rocking guitar squibblies that give a spacious start to 12:37 closer “The Greater Dying.” Not a minor title and not a minor way to finish their record either.

That righteous space will continue to open up as Erik enters on drums, and Suma roll out a patient, masterful and consuming groove as they thrust ahead toward the crash-heavy peak of the song, bringing about something of a change in structure as they hit that crescendo closer to the middle third and dedicate about the last three minutes to a long fade of guitar, cymbals and other ambient noise. I wouldn’t speculate on how long they could actually keep that line going past the fade, but the impression is perpetual all the same, and the sheer fact that after all that bludgeoning, Suma would let their listeners go so gently, drifting, into the album’s finish can really only lead one to conclude that the overriding message of The Order of Things is death. I don’t know if that’s what they were going for, but it’s certainly the takeaway from the work itself, and Suma‘s contemplation thereof resonates in its intensity and breadth alike. They are a rare band, and woefully underappreciated."