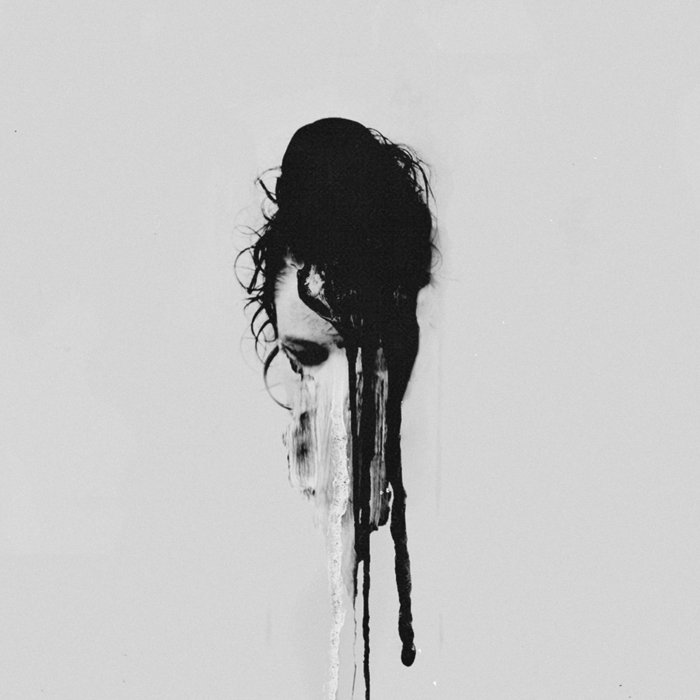 The follow-up recordings after Fvneral's praised debut album ("The Light"). Unlike the album, these two new songs work as own entities (instead of parts of a whole). Different but complementary.

Due to the limited pressing and the expenses of the 7" colored vinyl format, this release will only be available through the band and Throne Records, worldwide.

"The UK’s FVNERALS are very special band who know how to create powerful songs by using melodies shrouded in ethereal tones! The soundscape this band conjures up is the kind that you can escape into after you have had a hard day. FVNERALS have a new 7″ EP entitled The Path that will be getting the vinyl treatment from our comrades Throne Records in the near future, but the digital release will be handle by EERIE ECHOES Records now. I love this band, because the singer’s voice is a looking glass that shows me a different part of my imagination every time I hear her. CVLT Nation has been given the honor of sharing with you the new FVNERALS record The Path below…It’s time to daydream in grey and take all of your negativity away!"

"I once compared this band to Chelsea Wolfe and Earth, but on this EP FVNERALS have further matured into a unique middle path between melodic gloom and bleak monochrome doom sensibilities. These two tracks elevate the darkness and sense of style and groove that made me love their last offering, last year's 'The Light' (review) so much while adding an added menace to their sound in the form of some extraordinary funereal riffing on the second track, ‘Ruin’, this new jagged edge makes a great counterpoint to their sparse, subtle lounge-drone tone, clashing in a crushing back-and-forth that is their most exceptional material to date.

The first song, ‘Solemn’ opens with melodic, harmonizing layers of vocals that seem to waver between optimistic tunefulness and an example of the drone to come. Still, expansive, but stark, this band has always made great use of empty space between the sounds and this record is no exception. A big emptiness exists between every instrument, a space they sometimes attempt to fill, sometimes seem to shrink from, but never ignore. A chiming guitar over smoky candle lit cabaret motif dragged through the tomb, organ drones under the spectral voice of singer Tiffany. The silence between songs is abruptly shattered, big, loud chords pounding sluggishly in the intro to ‘Ruin’ before abruptly stopping. The intervening moment heavy in its own fashion, with a dread-filled folk mesmerism. A plaintive and spooky clean guitar icily winds its way around the fog and darkness before the hook brings back the wickedly heavy riffs of the intro.

There are not a lot of bands that are easily comparable to FVNERALS, as they effortlessly draw together various elements of such sounds as if Swans and My Bloody Valentine had a sleek, crooning child in an underground speakeasy. They have drifted from the sometimes sneaky sleazy timbre of ‘The Light’ toward a more sincere, direct, path of abjection. A straight walk down a moonless road, barefoot on the rocks. The only complaint I have is that it should be much longer, as it is over before you realize it."

"FVNERALS are a very special kind of band; the kind that flirt with the boundary separating the horrific and the beautiful, using one aspect to amplify the other. Much like, say, Ides Of Gemini or Chelsea Wolfe, they create music that is heavy not so much through volume, but through emotion. Their new two-song EP, The Path, offers a subtle evolution on the sound presented so well on last year’s The Light LP, with sharper, more focused song-writing whilst still maintaining the blissfully dark atmosphere that made that album so appealing. This EP invites the listener in to the darkest of waters, the blackest of nights, the most deathly of embraces, and it is so appealing and oddly comforting, you’d be a fool not to follow where they lead.


As on previous releases, the most notable aspect of The Path is the way vocalist/keyboardist Tiffany uses her voice. Somehow managing to sound both detached and inherently invested in what she sings, hers is the voice of a survivor who has seen too much and just wants to find peace, but knows that it will forever be out of reach. When her singing soars to high notes, as during “Ruin”, the effect is truly stirring, especially when considered in comparison to the near-monotone she normally adopts (which is, in itself, very effective and suits the songs perfectly). Meanwhile, Syd’s guitar-work and Antoine’s drums are prime examples of how less can be more, with the space and atmosphere they create as heavy and effective as almost anything you might care to name. Likewise, Tiffany’s keyboards are largely restrained, subtly contributing to the atmosphere without ever sounding dominating or too obvious.

Don’t let this create the impression that the music simply drifts along though, a slave to atmosphere at the expense of all else. “Solemn” features a stunning section where the band come close to doom metal, with the guitar becoming much heavier and the drumming possessing an extra punch, before it all gives way to funeral organs in a shift so dramatic and beautifully handled that it is hard not to be moved by it. Likewise, “Ruin” sees the band make great use of dynamics and more musically heavy elements, without once risking compromising the atmosphere they so successfully create.

Though it’s not especially long, The Path is the kind of record that aims to draw the listener in, and succeeds in a manner that makes doing so seem easy. It’s a dark delight to listen to, brimming with sadness but also a sense of release and catharsis. It also has me very excited to see what the band produce next. Hopefully they won’t keep us waiting too long, as The Path is the sound of a band on the rise, confident in their sound whilst simultaneously finding ways to build upon it.

The Path can be downloaded and streamed via Bandcamp. A 7″ version is due for release through Throne Records later in the year."

(THE SOUND NOT THE WORD)