by THE HOWLING WIND 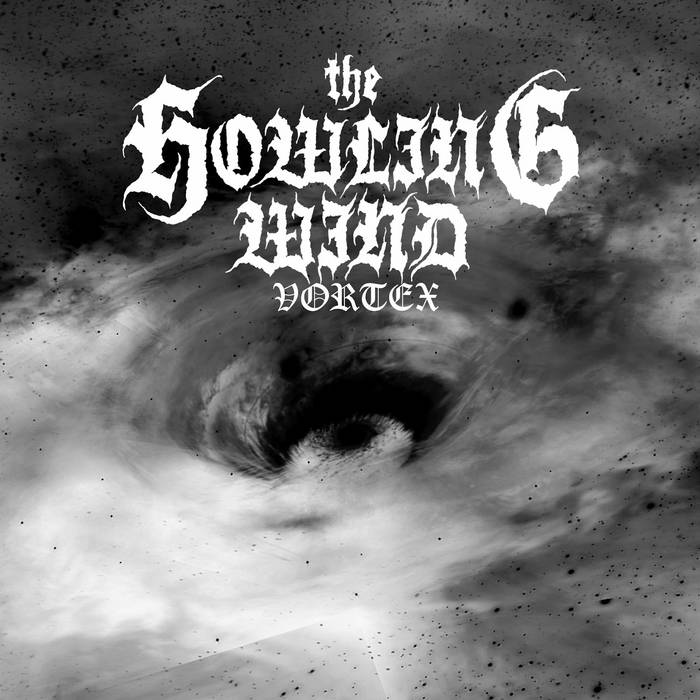 This is the 4th and brand new album from the US Black Metal two-piece The Howling Wind. THW is master-minds Ryan (Unearthly Trance, Force & Fire, Serpentine Path, Humanless) and Tim (Aldebaran, Mournful Congregation). This is epic, space, ambient Black Metal. "Vortex" is an album which grows in you with every listen.

"The Howling Wind band/project is made up of Ryan Lipynsky and Tim Call, both whom are very seasoned musicians, Ryan with Unearthly Trance, Serpentine Path and Humanless and Tim with Aldebaran and Mournful Congregation. ‘Vortex‘ is their fourth album and the first away from Profound Lore Records. Here they are exploring the catastrophic maelstrom and dissonance of our planet.

The album opens with some heavy ominous riffing then drifts slowly into a feeling of despondency through a mesmeric haze of black metal. Dark melodies of melancholy variegated with punishing death metal elements. The music seems to twist, spiral and billow and then adjust at times to a heavy-weighted pensiveness. I think the name “The Howling Wind” describes almost the music in and of itself.

There is very much a progression since their 2007 debut Pestilence & Peril. Here there are some serious rock riffs interspersed throughout this album that High On Fire would be proud of. The musical scope on here is diverse, yet they retain a dark balance that keeps it flowing. Modern black metal has a real artistic breath of fresh air to it. When punk music came along, it was meant to be a style of music where you could play whatever the hell you wanted to, with no boundaries. But along the way, it lost this element. Black metal music has captured this objective, as it has encompassed so many other musical elements, but always keeping that gloom. On Vortex there is everything – blast beats, trippy guitar, heavy rock riffs and all the way back to screeching black metal. From beginning to end, it all maintains the haunting melancholia that dominates the record.

This is released as a limited edition of 400 copies by Throne Records."